“This tall, graceful 79 year old, clad in his formal pants tucked in a black rubber boots, cried sitting in front of his shack…

as he tells me this harsh reality of going hungry just so the dogs won’t.” 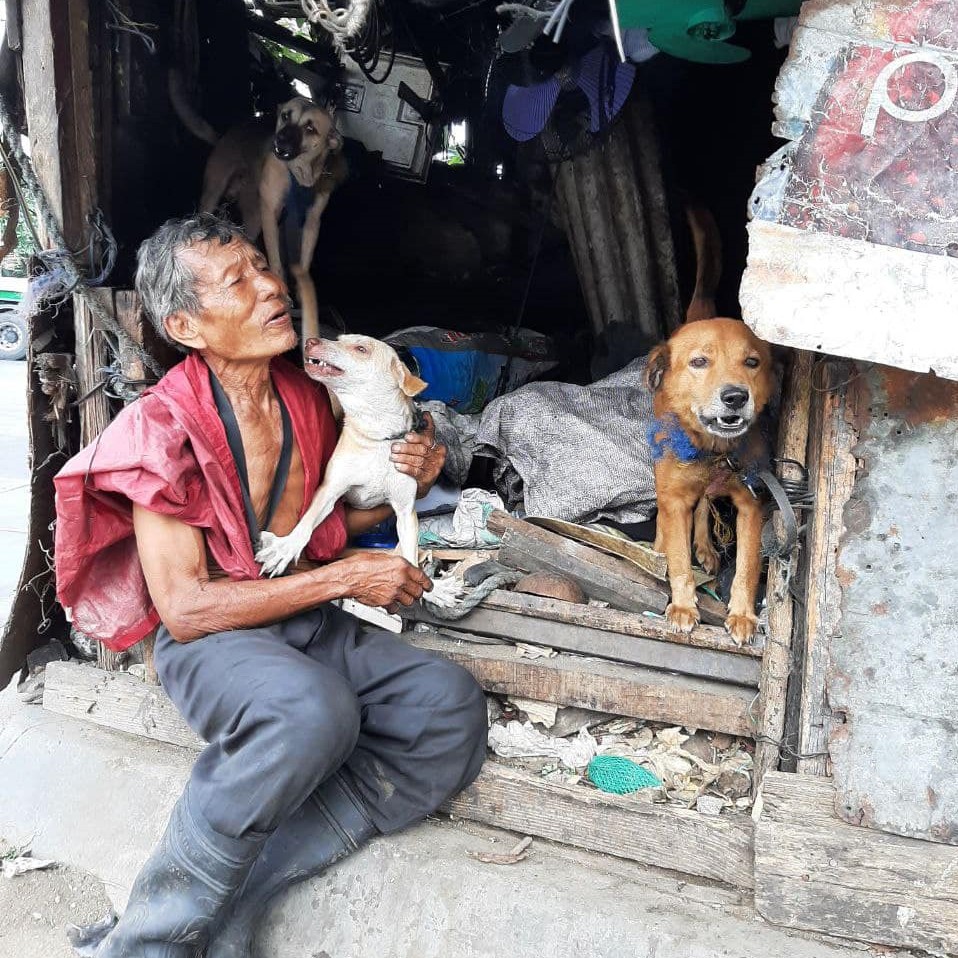 You can also send help directly to Tatay Ben.

You can find him just beside the Shell Gas Station along Mel Lopez Blvd., Southbound Lane.

“I was sitting on our favorite bed at this lodging in Dagupan with my 2 kids one Sunday afternoon in March. I was coordinating another rescue’s updates and transfer of care with the vet, while the TV was on. Preoccupied as I was with the phone and pissed at the lack of stable data connection, I paused and took a deep breath. Looking at the TV, I saw Atom Araullo. Always been fond of him so I watched, hehe.

In this @atomaraullo Specials: “Krisis ng Sikmura” episode, I saw Tatay Ben and his reality of relying on restaurant food scraps for sustenance. Picture this, Tatay Ben in his 79 years of age, crouching over a sack of foul-smelling leftover chicken from an inasal place. Carefully picking and sorting these chicken bones into 2 bins according to the amount of meat left on it or lack thereof, one for him and one for his dogs. He can either eat them like so or wash and boil some more if rancid. My heart just sank and cried in utmost admiration. I told myself I have to tell Malou and the whole team about him.

Fast forward to today, I finally had the privilege of meeting Tatay Ben in the flesh. This tall, graceful 79 year old, clad in his formal pants tucked in a black rubber boots, cried sitting in front of his shack with the dogs. As he tells me this harsh reality of going hungry just so the dogs won’t, was too painful to digest. He was overjoyed when I came bearing gifts from Pawssion today. Indeed full of hope and full tummies for the next few for him and his crew of paws.

I’m grateful for Pawssion and what it stands for. Sharing whatever resources to those who have less. We can all do something.” 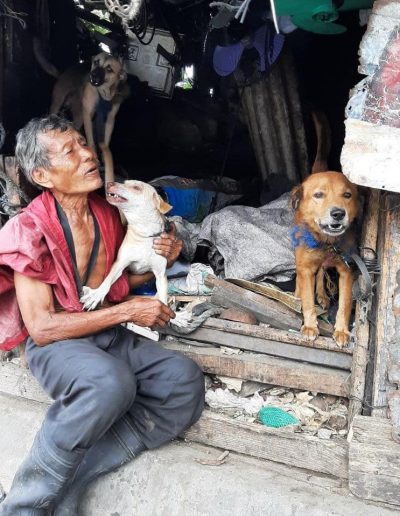 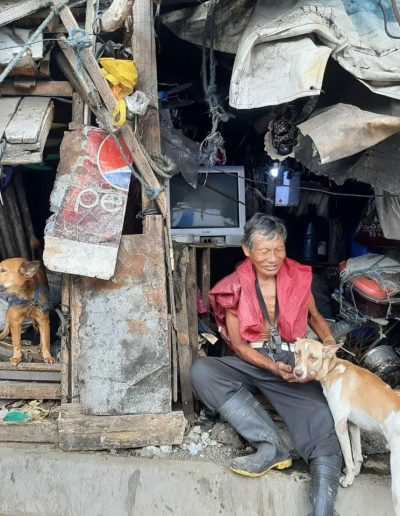 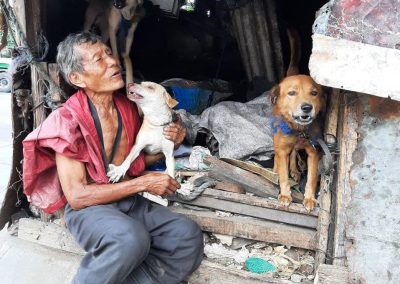 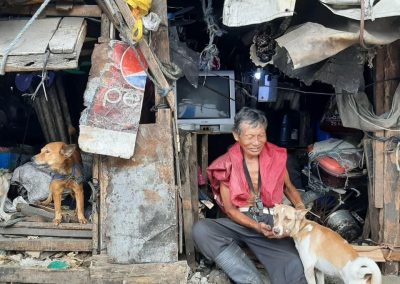 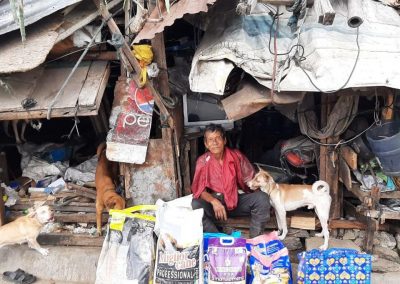 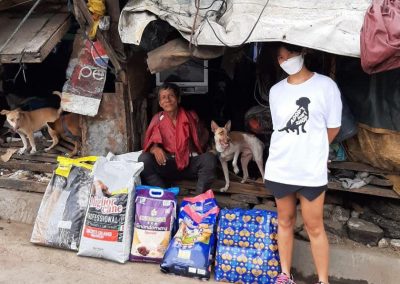